An Afternoon With MN #Insulin4all 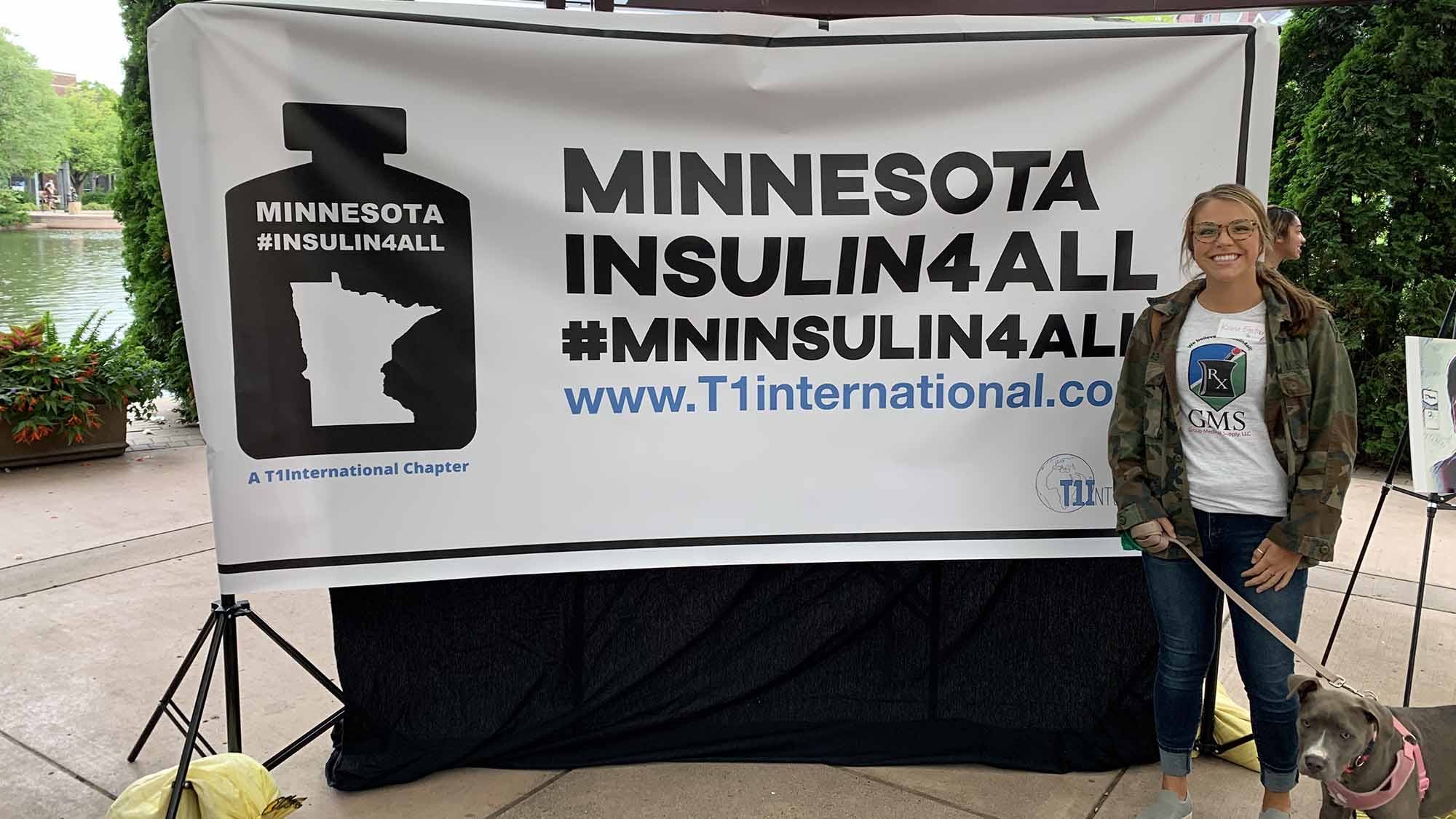 A calm, partly cloudy afternoon made for the perfect Sunday to gather at the Centennial Lakes Park in Edina, MN. The breeze blowing softly and the sound of people walking their dogs with their children. It seemed like a normal Sunday at the park. However, this day was much different. At the amphitheater was a group of dedicated volunteers advocating for a passion that is near to their hearts. That passion is insulin.

Two young men in their twenties lived very different lives, but yet they were all too similar. Both boys were diagnosed with Type 1 Diabetes. A disease where their pancreas doesn’t produce enough insulin or none at all. Insulin is needed for a body to allow glucose to produce energy. If you’ve heard of T1International and the movement #insulin4all, then you know all too well what I’m talking about.

This is a disease that comes with many complications. I’m not just talking about the highs and lows of blood sugar levels. Nor am I talking about learning how to use Dexcom or an Omnipod. It’s more complicated than just the technology, counting carbs, and checking ketones. Gaining access to insulin is the most complicated part of the disease. For those of you that do not know a whole lot about insulin and diabetes might think that I made a major error in my writing.

It seems that gaining access to a lifesaving medication should be fairly easy.

In fact, insulin isn’t covered by all insurances and if it is then you might have a high deductible to pay first. Not to mention numerous phone calls and paperwork to fill out if for some reason your prescription isn’t refilled. The amount of issues that can come up with your insurance is truly remarkable. However, the most remarkable thing (in my opinion) is the cost of insulin.

In America it appears to be common knowledge that one vial of insulin can go for anywhere between $200-$400. In fact, the average annual cost of insulin alone (this is not including all other supplies needed for diabetics) went from $2,864 in 2012 to $5,705 in 2016. It nearly doubled in four years. When nearly a 100 years ago the patent was sold for $1.

Due to the price in America, one of the riches countries on the planet, people have been caravanning to Canada to purchase cheaper insulin. The cost of insulin in Canada is 10x cheaper than in the states. Quinn Nystrom, the leader of the #MNinsulin4all said that the same vial of insulin, of the same size and formula, costs $320 in America and $30 in Canada.

Due to the price differences, people have formed groups to road trip to Canada to purchase insulin. This may sound illegal, crossing borders to purchase a prescription drug, however, it’s quite legal. In fact, it’s incredibly easy once you’re there. You can just walk in and purchase as much as you need. One family purchased six months’ worth of insulin at a tenth of the cost that it would have been in MN.

However, not everyone lives near the Canadian border or the Mexican border (where you can do the same thing). Crossing borders is a short-term solution. And what we gathered for on Sunday, August 25, 2019 was for a long-term solution.

The dedicated volunteers of the local Minnesota Chapter held an event this past weekend. The goal was to listen from legislature on both sides of the aisle to realize that affordable insulin isn’t a partisan issue. It’s a life or death issue (said best, by Quinn Nystrom). Allowing people to ration their insulin until their next paycheck isn’t a red or blue thing. Insulin, aka liquid gold, is as necessary as oxygen.

At the event on Sunday, we heard from Senator Tina Smith, Mike Howard, Andy Slavitt, Quinn Nystrom, Nicole Smith-Holt, and more. Each person spoke about how crucial affordable insulin is and how they’ve been impacted. We heard stories of heartbreak, triumph, and disappointment.

The families of Alec and Jeismya were there. Alec has been gone for nearly 26 months and Jeisyma just over 2 months. The heartache of each family is still incredibly deep; however, they are all using their grief for the better. To make the changes that are needed in our country.

The Minnesota Chapter was just created in January, less than one year ago. The change and attention that they have brought to affordable insulin is incredible in such a short amount of time. Three Minnesota insurers have made statements that they will be capping the cost of insulin starting in 2020. Medica and UCare are capping insulin prices at $25 per month, whereas, Blue Cross Blue Shield is requiring NO copay. This does not help everyone, but it will help many. There are other insurance companies that will hopefully follow suit shortly.

If you’re interested in being a part of ground breaking history reach out to MNinsulin4all@gmail.com . You can also follow T1international on social media, along with each state has their own social channel for their group. Head over to T1international.com to learn more about each chapter and what you can do to help. If you don’t have time to volunteer, share their messages on social media to spread the word about affordable insulin.

As a group of devoted Minnesotans sat and cheered throughout the event, we each remembered the lives of the gentleman that brought us together. Brittany Smith-Holt, Alec’s sister, read a poem that has a special place in their hearts. I’ll leave you with the poem. The poem is written by John F Connor:

Don’t cry for me please don’t be sad

Hold on to the memories of the times we both had

Sending you hugs and butterfly kisses

I walk beside you I am there all day long

I am right here but you think I am gone

You don’t see me but I can see you

Whatever the problems I will help get you through

Butterfly kisses that you feel on your nose

I am with you at sunrise and in sunset

But you can’t see me is my one regret

I sit right beside you when you are sad

As you look through the photos of times we both had

I watch you sleeping I hold you so tight

Before I go I kiss you goodnight

I will watch over you from heaven above

Forever you will be my one true love

Hold on to your dreams and all your wishes

Sending you hugs and butterfly kisses

Made for your Health