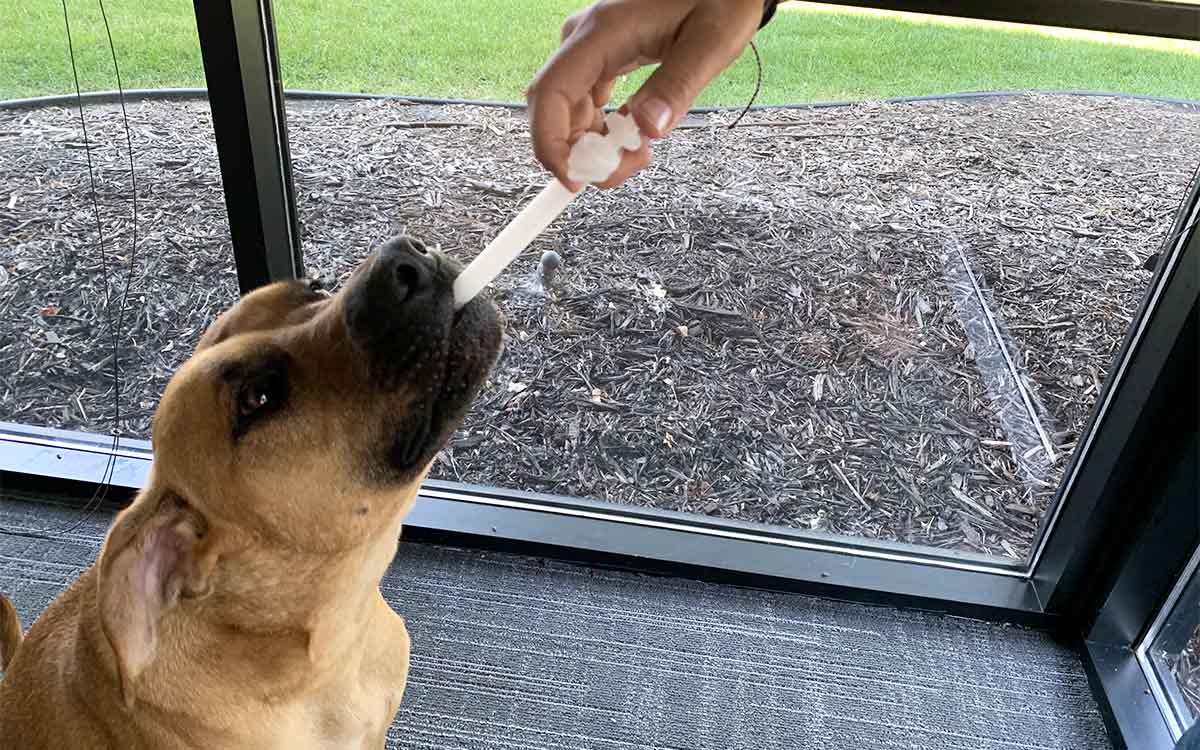 When we think of diabetes, we typically think of humans. Unfortunately, a lot of people still think it’s due to lifestyle choices and a diabetic person must be overweight. That is incorrect and offending to many that battle diabetes daily. However, humans are not the only ones that can get diabetes. Animals can also get diabetes (shocking, right?!) Having to inject your furry friend with a needle everyday just seems unbearable—I know I would feel awful doing it to my pup. But, it keeps them alive, so what other choice do you have? 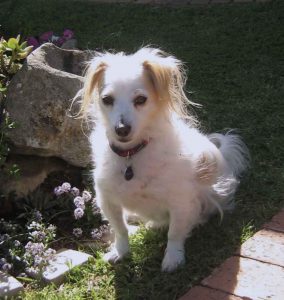 One of our furry friends, Toby, who lives in South Africa was recently diagnosed with diabetes in June of 2019. Toby is around 11 to 13 years old. His current owner, Lindsay L., does not know exactly how old he is because he came to her as a foster pup at an estimated three years old. Shortly after, she adopted him and several years later they are still the best of buds. I had a chance to chat with Lindsay about their journey so far and how they are managing diabetes.

Everything is still so new, as it’s only been a couple of months since Toby was diagnosed. This what she said about that day, “June 15 was one of the darkest days as a pet owner. My vet said that he would need insulin injections not once, but twice a day. I’d never injected anything before, I didn’t think I’d be able to do it.”

After some convincing from her vet, she was able to give Toby his injections like a pro. The best part of the situation is that Toby doesn’t even flinch because the needle is incredibly fine. Knowing that your pet isn’t in a lot of pain during the injection makes the process a little easier.

So, how do you know if your pet is diabetic and needs insulin? I wouldn’t have known the symptoms before I learned more about diabetes. Plus, it’s not like your pet can tell you when they don’t feel well. Although, it would be pretty nice.

The first thing that Lindsay noticed was that he became a champion sleeper overnight. At the time, it was winter in South Africa, so she wrote it off as depression. Then, she decided it could be his age. He was finally slowing down as the years passed by—much too quickly though. He would only wake up to eat a small amount, walk for five minutes and then whine to be carried. Toby was at the point of exhaustion where he couldn’t make it outside quick enough to go potty. Alongside the sleepiness, weight loss due to not eating, and accidents, Toby began to lose his fur.

There was just too many things happening all at once, so Lindsay took him to the vet for a checkup because he wasn’t acting like himself. The first thing that the vet wanted to do was a urine sample. Sometimes you can do urine samples at the vet, however, the vet gave her a container and told her catch his urine the first thing next morning. Now, I don’t know about you, but I would struggle with this because I’m a little clumsy some days. Pee might have gotten all over my hands. She came prepared though, “boots on for splashes, gloves on for splashes, walking carefully behind Toby for him to find the perfect spot to wee. I got half a container with no spill. No boots or gloves needed next time!”

Start of a New Life

Upon receiving the results from the urine sample, she learned that Toby’s glucose levels were at 26. Which, when I first heard that I was like “okay, what’s that mean?” Well, normal readings are around 7…..SEVEN! What a poor little pup. From then on out, it was the new life of insulin injections twice a day.

The beginning was a little bumpy. In order for her to get Toby’s glucose levels, she would have to pin prick his ear to get blood to test. Toby was absolutely terrified. He would see the kit and begin to tremble. Eventually, she felt so bad she wouldn’t even do it (um, can you blame her?! I can’t). Her solution was to bring him to the vet for a professional to do it. This worked out for everyone and they were able to figure out what dosage that Toby would need.

When it comes to the insulin injections, Toby is a pro. He knows what the insulin pen is and almost gets excited when he sees it (maybe he’s smart enough to know that little pen helps him feel good and stay alive). His tail even wags when he sees it—fur cute. Each morning he is injected on the right side of his scruff and in the evening, it goes in the left. From Day 1, he hasn’t flinched at all. This routine is crucial for Toby and Lindsay because a complication of diabetes in dogs, as in humans, is vision loss. Managing diabetes well will ensure that his eye sight stays for as long as possible. 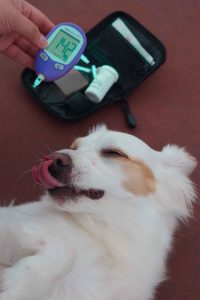 Diabetic dogs still need to consume other medications to keep them healthy. Some of them include the heart-worm protection, flea protection, Lyme protection and more. Daisy, our other diabetic dog friend, is not a fan of her Trifexis (neither are her furry siblings). They are the prime example of avoiding medications. They will spit it out, try to walk away, and their owner sometimes mixes it in with peanut butter. There are days when they are all too smart and will lick the peanut butter around the pill (annoying for their owner, but I must say they are brilliant dogs).

Have you ever tried shoving a pill down an animal’s throat? It’s awful and you feel evil. Using a Pet Pill Dispenser allows the pill to be pushed into their mouth, towards their throat. Allowing an easy swallow with no fuss. Daisy’s owner said, “we just gave all three dogs their Trifexis in less than 5 minutes. They didn’t spit it out and we didn’t have to use peanut butter. Wow, it was so easy to use!” When having to inject insulin into your pups daily, it’s nice to have an option that allows a stress-free delivery of medication.

You know how the saying goes, “happy dog, happy life.” Help your furry friends stay as healthy as possible so they can chase and cuddle you for many years.

Go check out Toby and his kitten sister’s Instagram page to follow along with their diabetic journey.
And of course, follow Daisy to see her story as well.

If you have any questions, comments, or know another diabetic dog—you know where to find me (hint: it’s in the comments).

P.S. A big thank you to @type1livabetic for the adorable pictures of Daisy.